The Rites of Hospitality (Middarmark, p.66) render a lens to view the world. In short, hospitality grants a safe refuge and succor for guests. Hospitality encourages travel, trade, and safety among the holdouts of humanity. Hospitality is at the core of the Forn Sith religion and the sacred traditions held by the tribes.

Rimholm is the largest human city in the Middarmark, but the jaded populace is very skeptical of visitors. So, hospitality might be hard to find in such a cynical settlement. Elsewhere, most people live in small, isolated steadings and huddle together behind sturdy palisades. Whether in a city or a steading, the hospitality central to the culture is mostly an aspiration, though it still informs the citizens' attitudes and governs all behavior in a settlement.

Adventurers are outcasts and outsiders. From the host's perspective, the adventurers do not have reliable clans to vouch for them and support their oaths. There is no peaceful recourse in the law for those without a clan. Because of these challenges, requesting hospitality for an adventurer takes some convincing and is a factored Orator test.

Adventurers also bring trouble with them, and that is another reason hosts are reluctant to take in the party. By granting someone hospitality, you implicitly offer them protection as well. The host is considered the guest's ally, and those with a grudge may seek retribution long after the guest has left. If a member of the adventuring party is an outlaw, the entire host's family could be in danger for aiding a fugitive.

When hospitality is offered, it can take several forms. The host bestows visitors with dry clothing, including a woolen blanket called the "guest's wrap," or sometimes a welcomed pair of woolen socks. Families who can afford this spare clothing keep it on hand. Other offerings include a roaring fire, warm and soft shoes, and a hot meal. The best hosts offer prime cuts of meat or mead, ale, or wine. 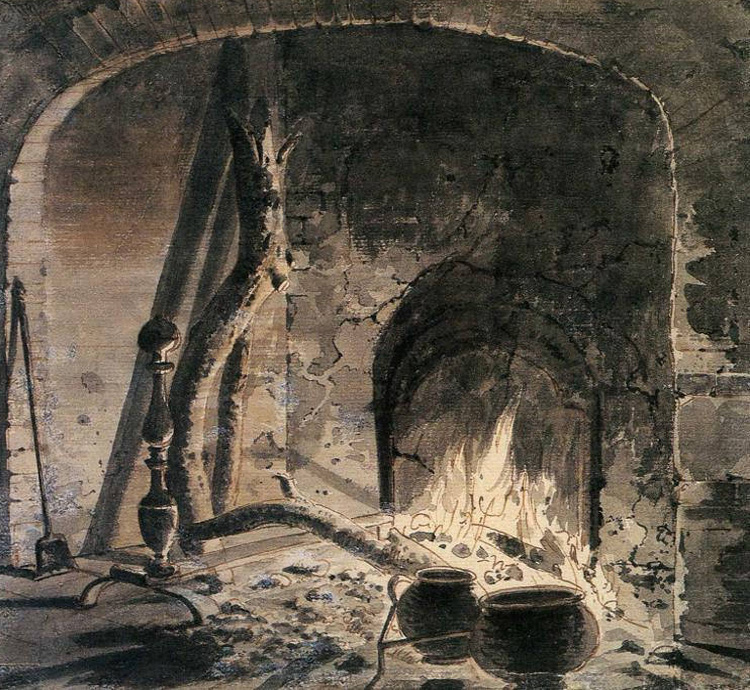 The Rites take the form of a ritual contract, upheld by the ættir of the parties involved.

Guests are expected to:

To initiate the Rites of Hospitality:

The host responds by invoking ancestors and pledges shelter and security.

Breaking these oaths can bring down the wrath of the clan's ættir or even possibly the ire of the Immortal Lords.

At times, the Immortal Lords disguise themselves to test the piety of the townsfolk. They can take the shape of weary travelers, but it's infrequent to see the mortals pass this test. Most fail as strangers aren't fed inside the town, and the town guard do not suffer beggars.

Among Giants and Trolls

Some giants and trolls will grant hospitality in exchange for news, gossip, or entertaining tales. Most giants are extremely intelligent, and some have even come to towns to invoke the Rites of Hospitality.

Roving clans of huldufolk travel the wilderness and have a reputation for over-staying their welcome. The Bjornings reluctantly welcome them, as obligated by the Rites of Hospitality, but privately, they worry that the huldufolk will deplete the larder and wreck their house. Across the countryside, villagers put down small guest cottages in remote places for the huldufolk to rest so that they do not come knocking on their door to ask for hospitality.

Rimholm sees more than its share of visitors from the neighboring lands and jarldoms. Inns and hotels evolved out of the Rites of Hospitality, with the exchange of coin serving as a form of guest-rite. The host is obligated to provide a safe room for the guests, and guests are obligated to defend the house and other guests. Unlike the traditional Rites of Hospitality, the host is not responsible for the guest's behavior. The innkeeper cannot be held accountable for crimes committed by a guest. When paying with coins, patrons are not obligated to recite their name and ancestor, but the obligation between host and guest exists for a set duration specified at the outset. Under the traditional rites, a host can't tell a guest to leave, but when you exchange coins, you will find your belongings on the street if you overstay your arrangement.